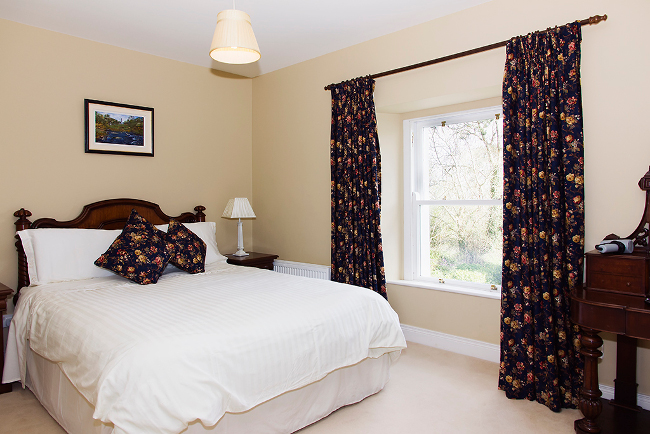 The rate is € 90 for a single night, based on double occupancy for bed and breakfast.
Stay 2 nights or more and the price is € 77.50 per night for B&B.

Named after Margaret Davoren who founded the B&B in 1943, the Davoren room looks out towards the sea.

The bedroom has a kingsize bed, it is tastefully decorated with original art and modern amenities such as a 32 inch LED HD television.

The ensuite has a large pressurised shower, with heated towel rail and complimentary luxury toiletries.

A Large Luxurious Suite The Russell Suite offers our guests a little slice of luxury with a super king size bed and private sitting room. 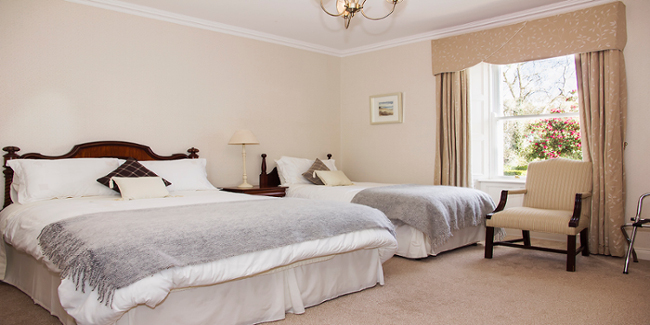 An elegant twin room Number Eleven on the ground floor has a king size and single bed.